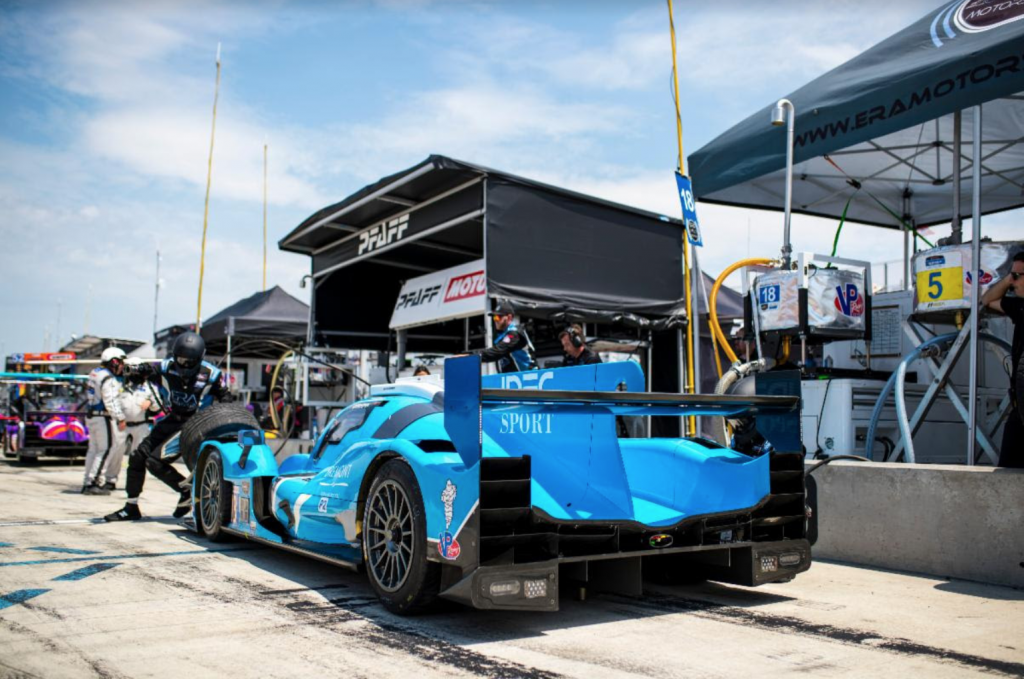 INDIANAPOLIS, Ind., (July 29, 2021) – Era Motorsport is returning to sprint racing next weekend, joining the IMSA WeatherTech SportsCar Championship at Road America with Dwight Merriman and Ryan Dalziel racing the No. 18 Oreca in the LMP2 class.

“I’m excited to be back racing at Road America,” said Merriman. “It’s such a great course, and with the strides we’ve been making with the LMP2 car, we should have a strong and fun run here. We’ll miss Kyle, but it’ll be great to have Ryan alongside. Given our success so far this year, I’m sure we’ll have a great weekend.”

After winning the Rolex 24 At Daytona, the full-season IMSA program downscaled to run only the endurance races, allowing the team to participate in and win the Asian Le Mans Series Championship with JOTA Sport, as well as join the European Le Mans Series with IDEC Sport. Co-owner Kyle Tilley has also expanded his own racing program to venture into the NASCAR Cup Series while also continuing to race in his historic racing efforts.

During the Road America race weekend, Tilley will be racing in the NASCAR Cup Series at Watkins Glen International, allowing Ryan Dalziel to step in as Dwight’s main co-driver in the IMSA SportsCar Weekend. Tilley and Merriman finished third in class at Road America in 2020, after torrential downpour created treacherous racing conditions in the final 20 minutes of the race.

“I’m really happy to be back in IMSA for a sprint race first and foremost, but more importantly at Road America with Era Motorsport,” said Dalziel. “We decided that Road America, with the high-speed nature of the track, would be great preparation for Dwight and with Kyle already committed to his NASCAR weekend I’m honored they asked me to fill in. We started off 2021 super strong but the last couple of races, Watkins and Monza, haven’t gone well so we are looking for a strong rebound and good momentum into the 24 Hours of Le Mans.”

The IMSA SportsCar Weekend race will run for two hours and 40 minutes, beginning Sunday, August 8 at 1:40 PM CT. Competitors will have two practice sessions on Friday and Saturday to prepare before Qualifying on Saturday afternoon, which will air live on imsa.tv at 3:05 PM CT. The race will air tape-delayed from 8:00 PM to 11:00 PM Eastern on NBCSN, but fans in the United States not attending can tune in live via TRACKPASS, the streaming service by NBC Sports Gold. Fans outside the States can check IMSA’s International listings here.