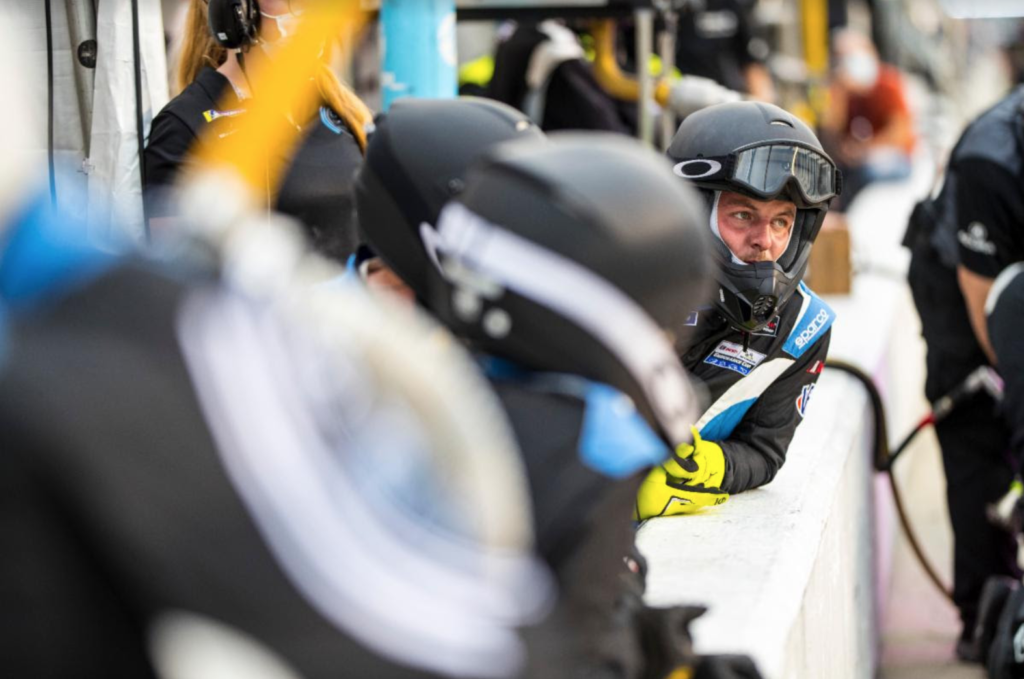 SEBRING, Fla., (March 16, 2021) — Riding the momentum of January’s victory at the Rolex 24 at Daytona, Era Motorsport has arrived at Sebring International Raceway for the 12 Hours of Sebring. Kyle Tilley, Dwight Merriman, and Ryan Dalziel are back in the No. 18 Oreca LMP2 sports car for the twelve-hour endurance event, the second round in the 2021 IMSA WeatherTech SportsCar Championship.

“I’m so excited to get back in the Era Motorsport Oreca 07,” said Tilley “The last time our team was at Sebring for the sprint race, we had an incredibly fast race car, so I think Ryan, Dwight, and I are all quietly confident. The LMP2 class may not be as large as we’d like it to be, but it’s stacked full of talent. It will certainly be a win worth fighting for, and we’d like to keep our streak going.”

Only three months into the new year, the LMP2 team has had a whirlwind start to the race season, immediately leaving the Rolex 24 victory celebrations to head to the United Arab Emirates, where the team secured the Asian Le Mans Series LMP2 championship title after sweeping all four race wins. Now leading the LMP2 class points, Era Motorsport looks to keep the streak alive following one of the most physically challenging tracks on the 2021 schedule.

In addition to competing in the IMSA WeatherTech series and the Asian Le Mans Series, Era Motorsport has also announced it will compete in both the full season of the European Le Mans Series (ELMS) and the 24 Hours of Le Mans. Ryan Dalziel, who is the North American Endurance Cup addition for the four endurance races on the IMSA program, will also race alongside Tilley and Merriman in the ELMS and at Le Mans.

“Era have had so much success already in 2021, winning both the Rolex 24 at Daytona then the Pro Am Championship in Asia so I’m confident we can keep the momentum going for Sebring,” said Dalziel. “I feel good about our team and it feels like forever since I drove the Oreca LMP2, so I’m itching to get back to work. Sebring is like my second home race and it is just such a fantastic event, so can’t wait for race day and excited to welcome fans back.”

All eyes were on the No. 18 Oreca at Daytona International Speedway, due to the team sporting a livery designed by a six-year-old fan from Ontario, Canada. The red, yellow, and blue crayon livery ran as a one-off, and this weekend, the team’s livery will switch to its new, blue full season look.

The team will first kick off the weekend at the Sebring Fan Fest, at the downtown Sebring circle on Tuesday, March 15 from 5:30PM to 8:00PM. The location for the free community event will make for the perfect spot for fans to enjoy the transporter parade, followed by live music, food trucks, and IMSA cars on display for the fans to enjoy. Kyle Tilley and Ryan Dalziel will appear on stage, located on East Center Avenue, at 6:30PM and participate in a live question and answer session with the fans. For more information, visit the official Visit Sebring website.

Sessions for the Twelve Hours of Sebring take place Thursday morning and afternoon, followed by a brief qualifying session on Friday. Fans within the United States can watch the field take the green flag on Saturday, March 20 at 10:10AM, via NBC Sports Network or flag-to-flag on the NBC SportsGold TrackPass app. Fans who have yet to subscribe to the NBC SportsGold TrackPass app can take advantage of a free offer by Michelin to get the season for free by visiting this link and entering in the code MICHELINIMSA2021. Fans outside the U.S. can likely watch via imsa.tv or visit IMSA’s international coverage page to find the right tune-in information based on location. IMSA Radio will also offer their standard live audio coverage worldwide. For all event information, visit imsa.com.