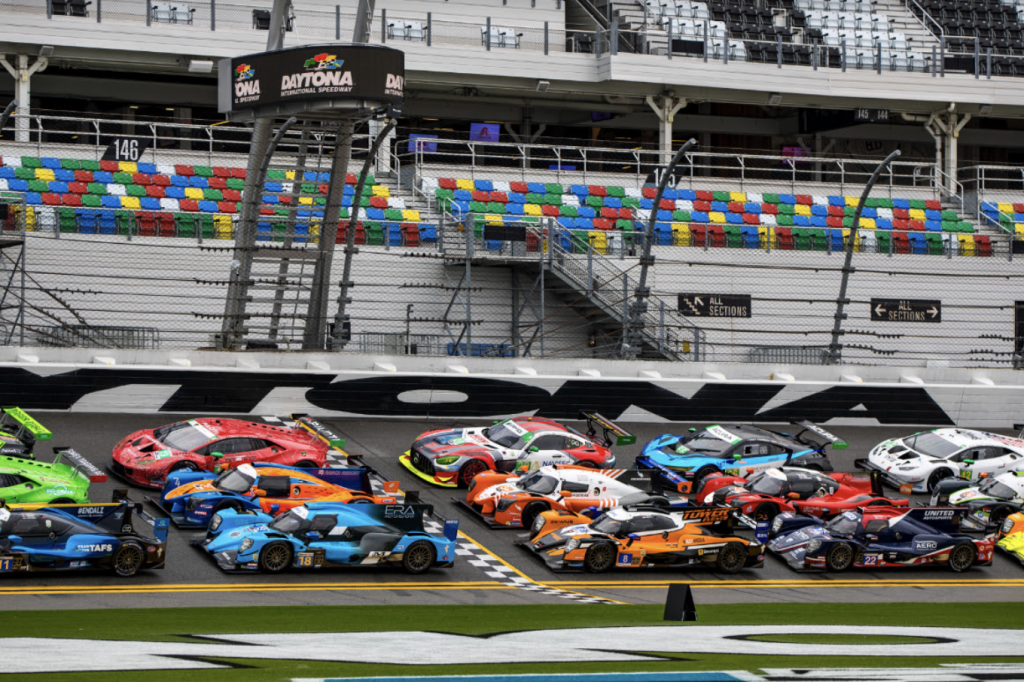 DAYTONA, Fla., (January 30, 2022) – Era Motorsport, defending Rolex 24 At Daytona winners, had high hopes of a repeat win this weekend at Daytona International Speedway. Though the No. 18 Oreca had early race setbacks in the 24-hour endurance race, the drivers and crew of Era Motorsport kept pushing, determined to produce their best effort to the end. A mechanical issue ended the LMP2 team’s day early, just 30 minutes before the checkered flag.

“I’m absolutely gutted for the team,” said Kyle Tilley. “We assembled such an amazing group this year and they poured their hearts and souls into this race. Preparation began weeks ago and we were so hopeful. I am incredibly proud of the team’s persistence in the face of huge odds as the time ticked down. The crew and drivers should walk away from that proud of their efforts. They never once gave up, and they deserved so much better than where it ended. I cannot thank our crew enough for their dedication and passion. I am so proud to have each and every one of them with us at Era Motorsport.”

The No. 18 Oreca showed consistent speed and progress throughout the four practice sessions of the Rolex 24 At Daytona. After days of warm but overcast conditions, race day provided competitors with the exact opposite conditions: cold and sunny for Saturday afternoon’s start. Contrary to the fears of the 61-car field, the 60th Rolex 24 At Daytona had a clean start, with no incidents in the opening laps. Dwight Merriman produced a strong opening stint, starting tenth and climbing up to eighth place in the IMSA WeatherTech SportsCar Championship LMP2 class.

Unfortunately, the Era Motorsport Oreca brought out the first of many cautions to fall upon the race, when Merriman had contact with the wall in turn six, 43-minutes running. Though the driver was unharmed and said the car was able to drive back, safety officials towed the car back to the team’s garage, costing them valuable laps. The team quickly got to work, putting a new nose on the front, and swapping the driver out to Paul-Loup Chatin. When the team rejoined in tenth as the field went back to green, the car was 10 laps down, but still hopeful to take advantage of the full course caution pass-around procedure to gain any lost laps back.

Chatin ran a smooth stint, keeping position in the LMP2 class, but climbing back up through the overall charts. Merriman took over the driving duties at dusk, continuing the mission to keep the car clean and gain any inch of ground available. In the seventh hour, Merriman pitted, giving the wheel of the Oreca machine to Ryan Dalziel, and quickly into his stint, Dalziel reported an issue with the car’s power steering. The car went back to the garage for the second time during the race, spending six laps off-track while undergoing repairs.

Rejoining sixteen laps down from the class leaders, the team knew the odds of repeating their historic win were small, but they never gave up hope. Despite the odds, the team pressed on, demonstrating persistence and their will to still pull together and achieve the best finish possible. Some attrition for Era’s competitors, as well as the team’s own consistency on track played into their own hands, gaining back five laps by sunrise on Sunday morning. Drivers Dwight Merriman, Ryan Dalziel, Kyle Tilley, and Paul-Loup Chatin cycled through, hoping their consistency would play into their hands. In the end, sixth was the highest the team would climb before a mechanical issue with the gearbox resulted in the team retiring with 27 minutes remaining on the race clock.

The second race on the 2022 IMSA WeatherTech SportsCar Championship will see the No. 18 Oreca return to Sebring International Raceway, with hopes of bettering 2021’s second-place finish at the 2021 Twelve Hours of Sebring. Endurance driver Kyle Tilley will join full-season drivers Dwight Merriman and Ryan Dalziel to compete for the LMP2 win, March 16-19 in Sebring, Florida. For event information, visit imsa.com.