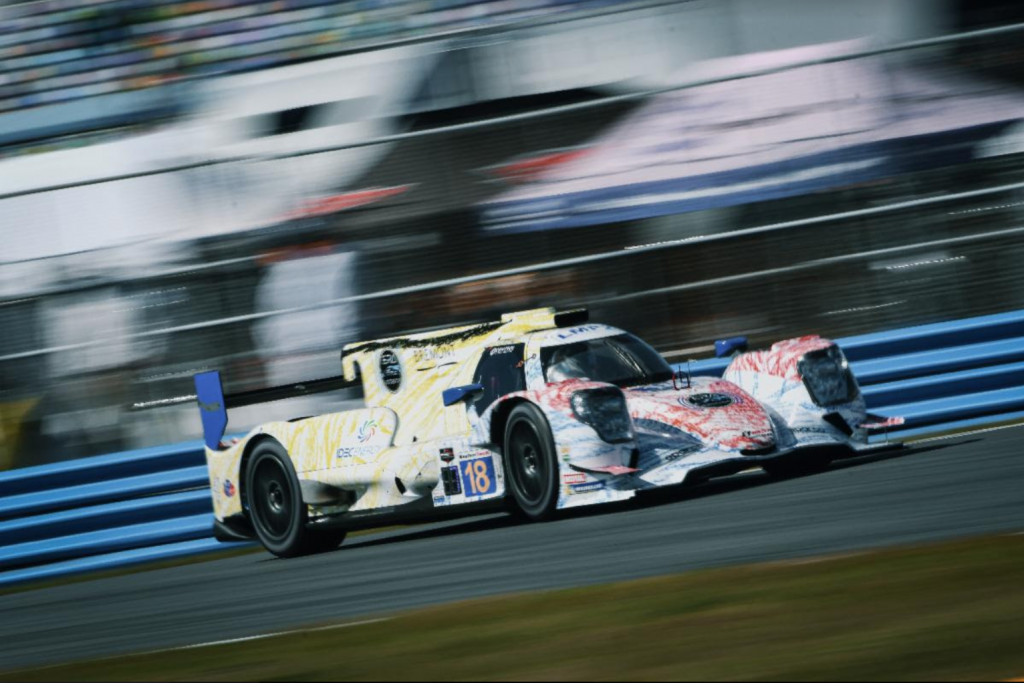 INDIANAPOLIS, Ind., (November 9, 2021) – Era Motorsport is closing out the IMSA WeatherTech SportsCar Championship season in style this weekend, returning to the fan-designed “Crayon Car” livery the No. 18 Oreca LMP2 car sported for the first race of the year, the Rolex 24 At Daytona. The team drove to victory at the 24-hour endurance race in January, earning their first IMSA win in a livery created by Owen, a then six-year-old fan from Ontario, Canada. This weekend, the Indianapolis-based team will proudly wear the livery once again for the IMSA WeatherTech SportsCar Championship season finale at Petit Le Mans.

“It means a lot to us to have Owen’s livery back on the car,” said Driver and Team Owner Kyle Tilley. “It not only brought us good luck for the Rolex 24, but through that livery and our first victory our earned a lot of new fans who have come out to support us this year. Ending the season with the crayon wrap, and even a podium finish is a great way to close out the year on a positive note and thank our fans for cheering us on this year.”

After the team’s memorable win in January, Owen’s family kept in touch with the Indianapolis-based squad, hoping the Canadian and US borders would open so that the young livery designer could attend the Six Hours of the Glen in July. Sadly, COVID restrictions kept the border closed over the summer, but opened earlier this month, allowing Owen to attend the final race of the year and finally get the chance to see his design on the Oreca LMP2 prototype in person. The young fan will be on site all weekend, eager to at last meet the team and drivers, and cheer them on in the final race of the season.

“I am excited to go to the Petit Le Mans because I’m excited to see my car in real life, and maybe sit in it,” he said. “I can’t wait to meet the drivers and wish them good luck.”

With two wins and three podiums, Era Motorsport sits in third place for the Michelin Endurance Cup, the four-race endurance championship within the full season championship. A series of points will be awarded based on where each competitor is running four, eight, and ten hours into the event. The team will also be eager to beat out the other four class entries to finish the season with another memorable victory with their biggest fan in attendance.

On-track sessions for Petit Le Mans start on Thursday, November 11 beginning with three practice sessions. On Friday afternoon, the field will qualify, setting their starting positions for the 12:10 pm Eastern race start time on Saturday, November 13. IMSA Radio will again offer its comprehensive audio coverage, and the race will air live in the United States on NBC for the first three hours before switching to NBCSN. For full event information, visit imsa.com.

DRIVER QUOTES
Kyle Tilley
I’m so proud of the season we’ve had to date, and I’m looking forward to a strong finish at Petit Le Mans. We’ve proven we’re strong in both sprint and endurance races, and we’ve got the right group of people to get that third win of the season.

Dwight Merriman
After earning two wins and a podium so far this year in our sophomore season, I’m looking forward to closing out the 2021 season on a high note. I feel I’ve grown a lot this year as a gentleman driver, and I’m hoping all that work pays off alongside my teammates, Kyle and Ryan.

Ryan Dalziel
We have had a fantastic season to date at Era, and are looking to finish out how we started with a win. We will be doing our best to get our third win of the season and if all goes to plan, bringing home a Petit Le Mans win and a Michelin Endurance Cup championship.