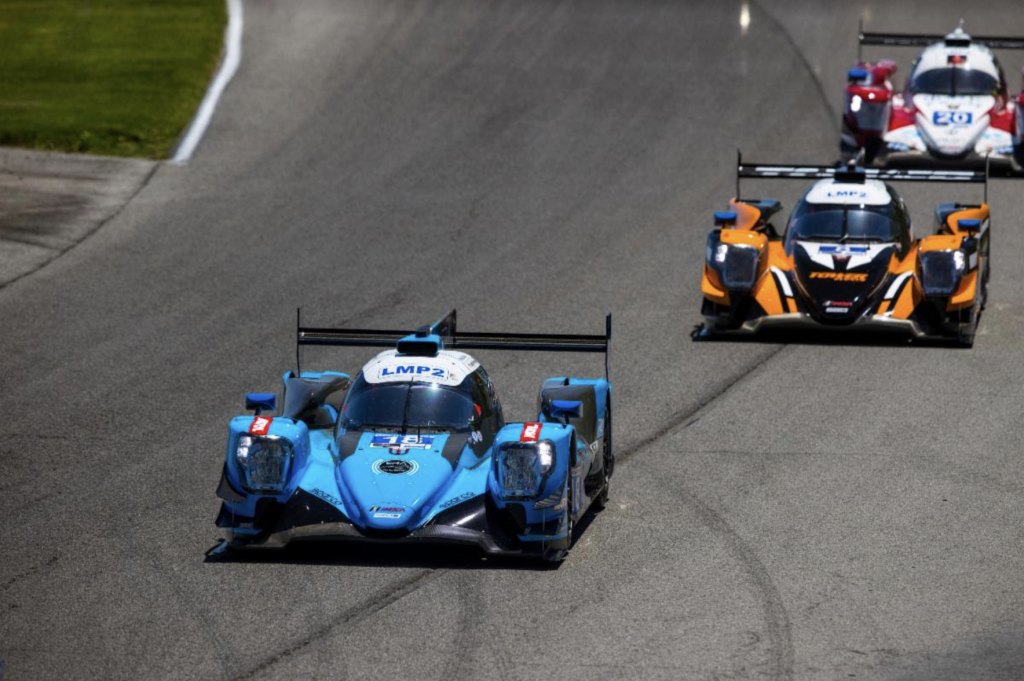 WATKINS GLEN, N.Y. (June 23, 2022) – Seven weeks have passed since Era Motorsport’s LMP2 team landed on the podium at WeatherTech Raceway Laguna Seca, though the IMSA WeatherTech SportsCar Championship team has been running ahead at full speed preparing for this weekend’s race, the Sahlen’s Six Hours of the Glen. With podiums at the Twelve Hours of Sebring and WeatherTech Raceway Laguna Seca, Era Motorsport is on the hunt for continued success at Watkins Glen, New York for Sunday’s big race.

As round three of the IMSA Michelin Endurance Cup and round five of the full-season championship, this weekend’s festivities at “The Glen” have great championship implications for the team and drivers Dwight Merriman, Ryan Dalziel, and Kyle Tilley. The LMP2 Prototype racing effort has been productive in the weeks between race events, preparing the car in their Indianapolis-based shop and testing at Watkins Glen International.

All the weeks of effort and preparation come together for the six-hour endurance racing event, a fan favorite in the IMSA WeatherTech SportsCar Championship title. Last year, the team rolled off the truck with promising speed, allowing Merriman to qualify second. Merriman, Tilley, and Dalziel finished fifth, and will see to improve on that result this weekend in their quest for the 2022 championship titles.

The 3.4-mile, 11 turn road course is the perfect location for the six-hour endurance event, adored by fans and participants alike. The beloved road course has undergone many changes over its 66-year history, continuously improving for all who journey to the circuit. This year’s main event will involve 49 entries across the five IMSA WeatherTech classes, giving fans plenty of action to watch throughout the weekend, culminating in Sunday’s Six Hours of the Glen.

After two practice sessions, Era Motorsport will qualify for the big race on Saturday, June 25 at 2:10 PM ET, and the session will air live on imsa.tv. Sunday’s race will begin coverage at 10:30 AM on Peacock, and IMSA Radio will again offer their comprehensive coverage of the event. For full event information, visit imsa.com

Dwight Merriman
The Six Hours of the Glen is a great event, and I’m looking forward to heading back to such a great facility. We had a productive test at the Glen recently, and we were strong here last year too. We started near the front and ended in fifth, and I know we can better that position this year. Ryan, Kyle, and I make a great team and I know the car will be ready.

Ryan Dalziel
I’m looking forward to the Six Hours of the Glen. It is such a great track and event. We had a good test there recently and our Era Motorsport Oreca is really fast just now so looking to continue our Michelin Endurance Cup podium streak after a strong Sebring. It’s really good to have Kyle back sharing the car with Dwight and I also. There are lots of P2 cars with stacked line ups so it’s going to be a great race.

Kyle Tilley
I’m super excited to be back with Ryan and Dwight. The boys had a successful test here last month, and I can’t wait to get back in our Era Motorsport Oreca 07. We had a strong package here last year, and I’m looking forward to building on that this weekend.