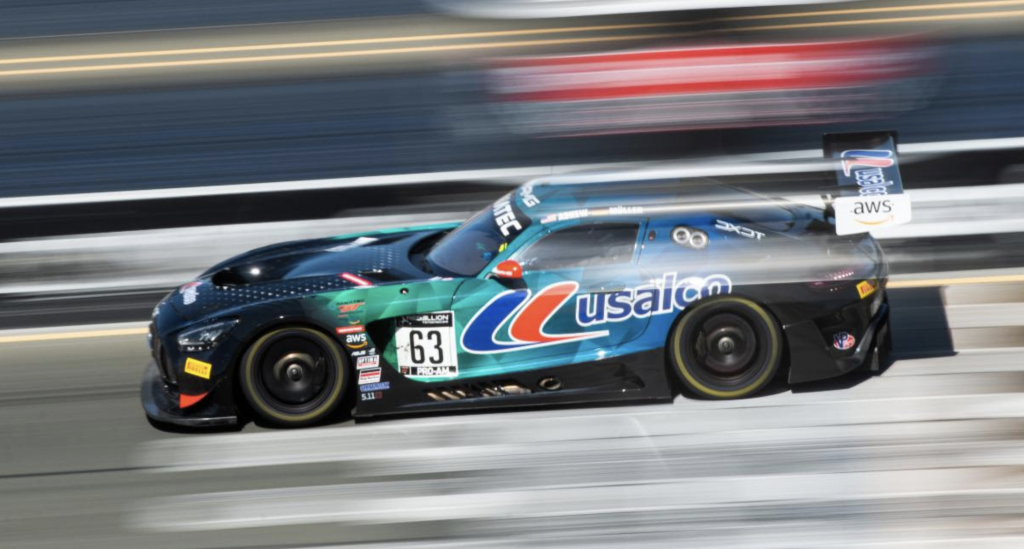 NASHVILLE, Tenn., (August 5, 2022) – The streets of Nashville, Tennessee will once again come alive for the second annual Big Machine Music City Grand Prix this weekend, as five different race series descend on the country music capital of the world. DXDT Racing’s David Askew and Scott Smithson will join the GT America powered by AWS August 5-7, each racing their own Mercedes AMG GT3 in the double-race weekend.

Both DXDT Racing drivers are currently participating in their full-season entries in the GT World Challenge America powered by AWS, in which they each share their Mercedes AMG GT3s with a professional sports car racing driver in the Pro/Am class for a pair of 90-minute races per weekend. This weekend, they’ll race their same cars in GT America, a single-driver series that consists of two 40-minute races. Created specifically for bronze-rated amateur drivers, the Music City Grand Prix is one of only two street courses on the GT America schedule, making it an adventurous event for the thrill-seeking race car drivers of the series.

The 2.17-mile, 11-turn temporary street circuit will again bring exciting sights and sounds to the musical city, racing in the heart of downtown next to the Nissan Stadium campus and across the Koreans Veterans Boulevard. Last year brought no shortage of great racing, chaos, and carnage as the GT America competitors participated in the city’s inaugural event, but this year, many of the drivers and teams return with a familiarity of the circuit.

David Askew, team principal and driver of the No. 63 Mercedes AMG GT3 will be one of the returning drivers, eager to better his two third-place finishes he achieved last year.

“I can’t wait to get back on the streets of the Music City,” exclaimed Askew. “There’s something about street racing that really gets me going. It’s non-stop chaos! There’s so much going on it’s a real challenge to keep focused on the racing. For me, last year was a bit of a learning experience. Being my first time on a street course, I was super anxious going in. I made a few mistakes but survived and learned a lot. Since last year I’ve done one more street race at St. Petersburg. I learned even more there and will carry that into this weekend. I’m really happy that SRO keeps these races on the schedule, and I can’t wait to get another Nashville race under my belt.”

With 2022 being Smithson’s first full season in SRO America’s GT racing series, this will be his first time racing through the tight turns of the Nashville street course. Askew’s GT World Challenge America co-driver, 24 Hours of Le Mans winner Dirk Mueller will be onside to coach both Askew and Smithson, offering his insights to get the best out of the two bronze drivers.

“I’m looking forward to the streets of Nashville,” said Smithson. We did well in St. Petersburg and hope to do the same this weekend. I’ve heard great things about the fans and the atmosphere in Nashville. It will be nice to get in the car with no pressure and just enjoy racing. It should be a really fun weekend.”

Following the track’s inaugural event, the organizers have made modifications and improvements to the circuit, including opening Turn 11 by six feet for driver visibility, smoothing and resurfacing on the Korean Veterans Bridge and the apex of Turn Five, and a reduction of the track width by 50 feet heading into turn nine.

The GT America competitors will run in support of the NTT IndyCar Series, sharing the weekend with three other professional race series in the three-day festival. Askew, Smithson, and the other GT America participants will have two practice sessions on Friday, August 5 before qualifying and racing on Saturday, August 6. Race one will begin around sunset on Saturday at 8:05 PM, followed by race two Sunday morning at 11:35 AM CT. Both races will stream live on YouTube.com/GTWorld. For full event information, visit musiccitygp.com.