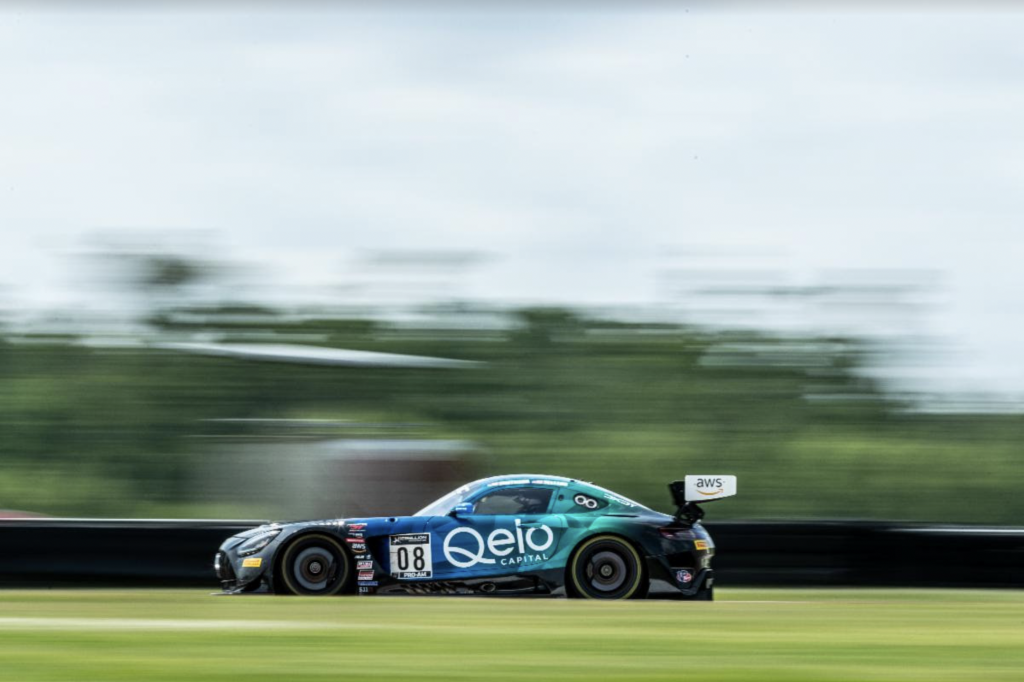 WATKINS GLEN, N.Y. (July 20, 2022) – Still riding the momentum of a double-podium weekend last month at VIRginia International Raceway, Mercedes customer racing team DXDT Racing heads to Watkins Glen International for the next two rounds of the Fanatec GT World Challenge America powered by AWS, July 23-24. The team has high hopes for the weekend of racing in Upstate New York, looking to gain a foothold in the battle for the championship with seven races remaining.

Located in the Finger Lakes region of Upstate New York, Watkins Glen International has been a longtime fan favorite, with a rich background in American motor racing history. “The Glen” first appeared as a street course in 1948, temporarily constructed of the public roads of the small town of Watkins Glen. In the 1950s, the permanent road course was built, laying the groundwork for the circuit that the GT World Challenge competitors will race on this weekend.

DXDT Racing earned a podium finish and an additional top-five result in 2021 at the 3.45-mile, 11-turn road course. After the No. 63 Mercedes AMG GT3 of David Askew and Dirk Muller earned a pair of third-place finishes in rounds five and six at VIRginia International Raceway, the squad at DXDT Racing will be a team to watch this weekend. The No. 63 of Askew and Muller will race alongside their sister car, the No. 08 Mercedes AMG GT3 of Scott Smithson and Bryan Sellers in a pair of 90-minute races against 18 other cars. A total of 13 cars will compete in the Pro-Am class, where each entry is comprised of one professionally ranked driver and one amateur. One driver will start the race, while the second will take over at the halfway point during a mandatory pit stop.

The team recently completed a two-day test at the circuit in preparation for the event, dialing in on the best setups for the pair of Mercedes AMG GT3 cars while also allowing the driver pairings to continue to cultivate their comfort in the car, on the circuit, and with each other. The race weekend begins Friday, July 22 with a double-dose of practice sessions, followed by race one Sunday, July 23 at 2:15 PM ET, and race two on Sunday, July 24 at 1:15 PM ET. Both races will air live on youtube.com/GTWorld.

David Askew | No. 63 USALCO Mercedes AMG GT3
Watkins Glen is a unique track with lots of sweeping fast turns. To be fast, your car has to be solid getting to power off the corners. We tested here for two days last week, and we think we understand what works best for the Mercedes AMG GT3. As a team, I think we are just starting to gel. We had some car gremlins last race at VIR, but still managed two podium finishes. We plan to keep moving forward this weekend!

Dirk Müller | No. 63 USALCO Mercedes AMG GT3
It was such a great feeling, to finally get to step on the podium at VIRginia International Raceway. One podium was nice, and a double podium was even better, but now we want both cars on the podium. We want to take the momentum to Watkins Glen, where we went through our testing last week with both cars. We were very happy and both cars felt great. We were able to go through a lot of things we wanted to test, and I think we are really well prepared going into the weekend. We have big plans for this weekend and we will be able to do it. I’m happy to be a part of this team, and we’re going to push hard and make it a good weekend. I’m proud of David, Scott, and Bryan for their efforts this season. We are fully motivated for this weekend.

Scott Smithson | No. 08 Qelo Mercedes AMG GT3
After a rough few races, we feel good going into this weekend. We had a good test last week and finally feel like we got the car set up the way we want. I’m ready to get back in the car and hopefully get a podium.

Bryan Sellers | No. 08 Qelo Mercedes AMG GT3
Watkins Glen is one of my favorite tracks, as well as one of my favorite venues. I love the town of Watkins Glen and the fans that attended the event. The team has done a great job since VIR getting the car turned around and prepped for this race and I’m hoping we can deliver them the result they deserve.