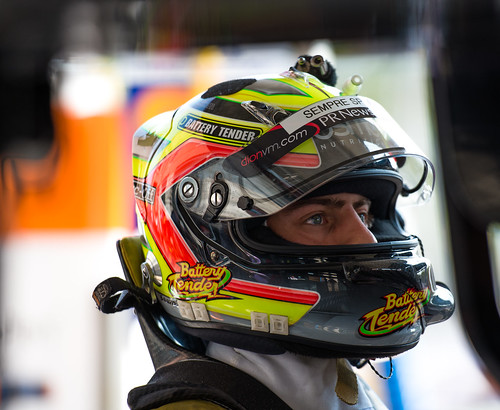 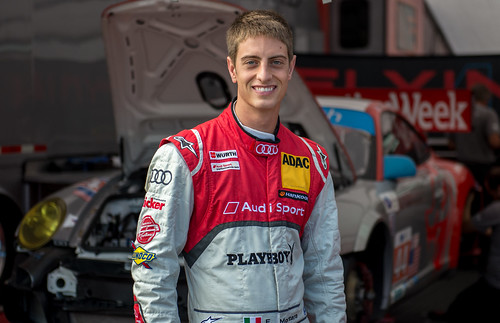 In 2013, von Moltke took victory at the Rolex 24 at Daytona in the Rolex Series class and two additional wins in the American Le Mans Series GTC class at the 12 Hours of Sebring and the Grand Prix of Baltimore. In his eleven race season, the young racer saw an additional four top-five finishes with co-drivers Brian Wong and Seth Neiman, including a podium finish at the Grand Prix of Long Beach. Riding on the momentum of 2013, von Moltke’s 2014 season will kick off January 25th at the TUDOR United SportsCar Series Rolex 24 at Daytona, where he will defend his 2013 win. Sharing the driving duties with the South African during the 24 hour endurance event will be Seth Neiman, Filipe Albuquerque, and Alessandro Latif.  Dion and the team will first participate in a series-wide test, The Roar Before the 24, January 3-5 at Daytona International Speedway.

PR Newswire, the authoritative source of news and information for leading global media organizations, will return as a Dion von Moltke partner for a fourth full season, capitalizing on the increased exposure of the new TUDOR Championship. The newest addition to von Moltke’s partner lineup is UBM Tech, a global leader in delivering business information, events, media, training and marketing and data services to the technology industry.

Dion von Moltke: “Returning back to Flying Lizard Motorsport for a full season in the United Sports Car Championship is a dream for me!  There are so many unknowns and steep challenges ahead of us in the new series, so to be with such a great team is more important than ever.  I have a lot of faith in everyone at Flying Lizard Motorsports; they are all extremely hard workers who have the will, commitment and preparation to win.  This is my first time rejoining a team for a second season since I was in go-karts, so I am especially excited about this.  It is tough going to different teams every year; there is always a long learning process with each new team.  We have established that relationship already, and are trying to get as ahead of the game as possible during this short off season.  Seth and I developed a really good working relationship throughout the 2013 season.  Late in the season last year we cultivated some ways to become more efficient working together, which we believe will be a big help heading into the 2014 season.  Race weekends are much more than just the race itself, so it’s important to maximize the time you have on track during practice and accomplish as many things as possible, and this is the area we started improving upon.  Seth has shown incredible speed on track and has demonstrated he can do what it takes to win races and championships.

“Being a part of a new era at Flying Lizard Motorsports as they start a new relationship with Audi is really special.  Over the past two years I have gotten to know everyone at Audi very well, and I am always so impressed with how they support teams and provide a winning product.  The combination between our team and Audi will be strong.  There are quite a few new rules and cars this year, which is going to make the adaptability of teams and drivers important.  The communication between Flying Lizard Motorsports and Audi is a strong point, and in racing that is vital.

“This is going to be an incredible season for all drivers in the new TUDOR SportsCar Championship.  Fans will be treated to what will be the most competitive and exciting sports car series worldwide. With 28 cars in the GT Daytona class, including a fleet of Porsches, Ferraris, BMWs, and a Viper battling the Audis on North America’s premier racing circuits, this will be the race series to watch.”

Eric Ingraham, Flying Lizard Motorsports Team Manager: “We’re very happy that Dion will be back with us again for 2014. Of course he has great experience in the Audi from last season, which will be a huge asset for the team as we get up to speed with our new cars.  On top of that, Dion is extremely professional to work with both in the car and out, and he showed great pace last year too.  We know that each of those things is only going to get better as Dion continues to develop his professional racing career.”