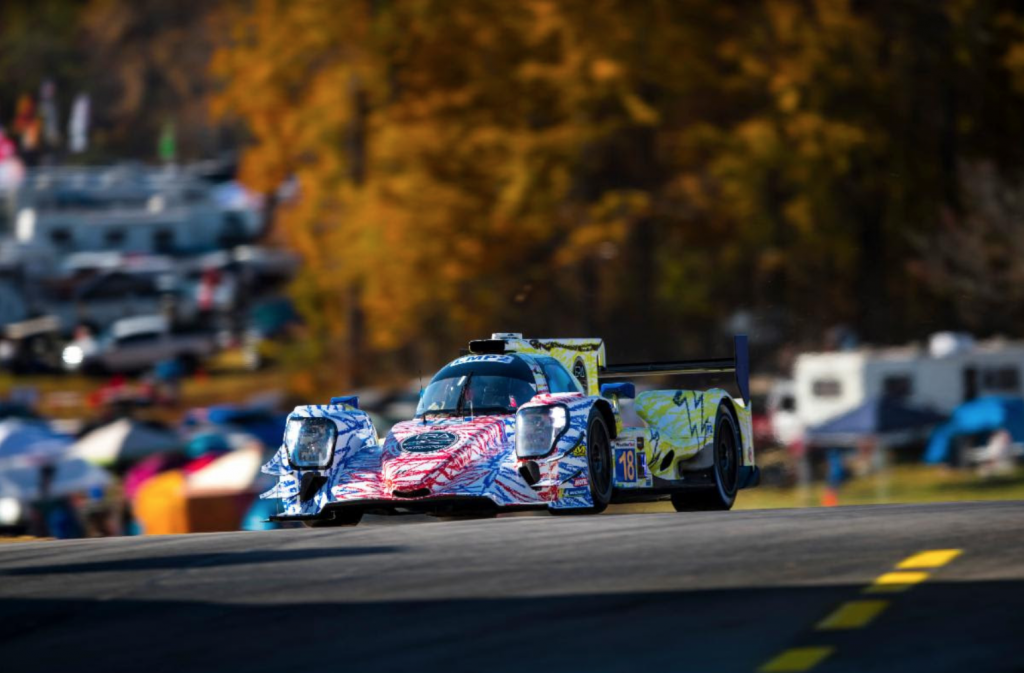 BRASELTON, Ga., (November 13, 2021) – Motul Petit Le Mans ended in heartbreak for Era Motorsport just 30 minutes after the race began, following contact from a DPi car in the opening stint. The No. 18 Oreca, sporting a livery designed by a seven-year-old race fan, became one of the big stories of the weekend heading into the race, only to have their hopes to win the Michelin Endurance Championship dashed early on.

“We’re in disappointed to see such a move from a professional driver such as Filipe Albuquerque, because that move only ever ends one way,” said Team Owner Kyle Tilley. “He’s welcome to come and watch the onboard. There was no way that was going to work. If you watch the onboard, our car was already committed, ready to turn in, and then he just drives into the side of us. Per the race director, the professional drivers and faster cars bear the responsibility to avoid incidents like this with slower drivers.”

Dwight Merriman started the race from third place and stayed clear of any trouble in his opening stint. He quickly got into a groove, keeping the No. 18 Oreca LMP2 car in third place, staying close to the two cars ahead as they raced under sunny skies and clear track conditions. The slower of the five IMSA WeatherTech SportsCar Championship classes were eventually lapped by the faster DPi cars, and it was while Merriman was entering turn 12 that the faster No. 10 Acura DPi car came down the inside and tagged the No. 18 Oreca. The contact sent the Era Motorsport prototype into the wall, heavily damaging the fan-favorite machine. Though Merriman escaped without harm the day ended early for the Era Motorsport Oreca.

The Indianapolis-based squad closed out the 2021 IMSA WeatherTech SportsCar Championship season with two wins and one additional podium, in only their sophomore year in the series. The team celebrated a victory in January at the Rolex 24 At Daytona, earning their first IMSA win.

“Starting the season off with not only our first win but one at the Rolex 24 was incredibly special,” concluded Tilley. “I’m really disappointed we couldn’t close out the year the way we started it, especially with Owen, our livery designer here this weekend. It was great to have him here to see the car in his livery, and it was awesome to share this experience with the rest of our fans. Now, we’ll head back to Indy and get continue to work on our 2022 plans, which we hope to announce soon.”