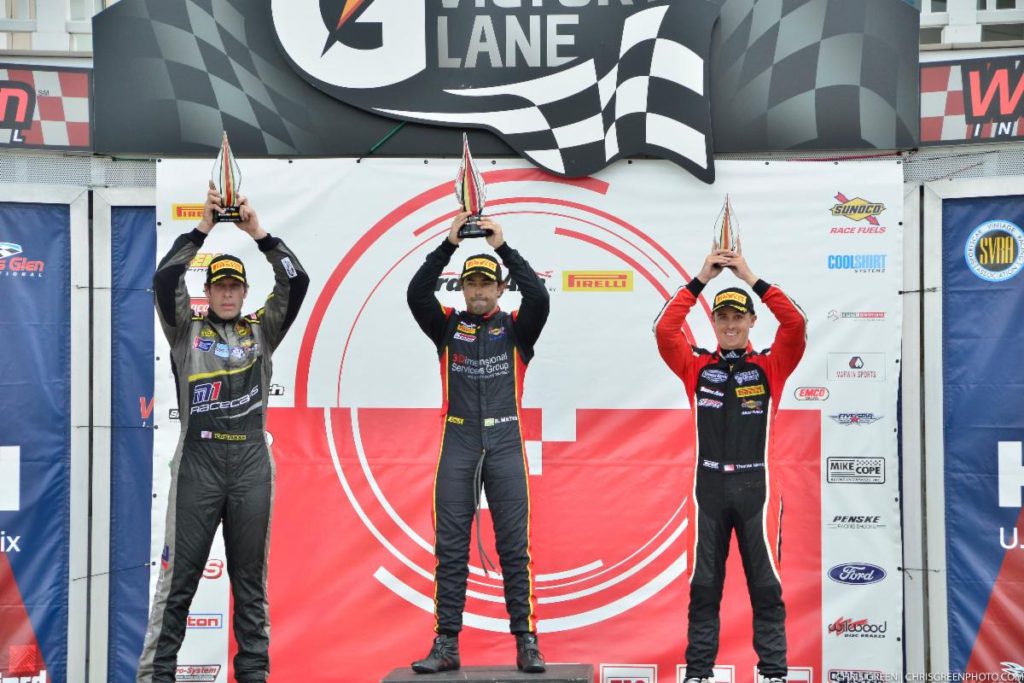 SAN JOSE, Calif., (September 9, 2019) – Big Diehl Racing and Thomas Merrill scored their third podium of the 2019 Trans Am season on Saturday at Watkins Glen International in the No. 81 Skip Barber Racing School Mustang. After starting fourth, Merrill endured an action filled race to finish third at the TA2 powered by AEM Infinity.

The drama of the TA2 powered by AEM Infinity began as soon as the green flag waved, with each driver in the field fighting aggressively for position. Merrill took full advantage of the chaos, making his way up to second before getting shuffled back to fifth in the opening laps. The No. 81 Skip Barber Racing School Mustang performed beautifully on cold tires, showing a significant advantage over the competition. However, as the race continued to go on and the tire temperatures increased, the other competitors showed their strength on warm tires, making it more challenging for Merrill and the Mustang to fight for position.

An on track incident moved the team up to third, but the lack of competitive edge on the hot tires moved the team to fourth. Fate played into the team’s hands with late race caution period, allowing the Mustang’s tires to cool down for a two lap shootout to the checker flag. The field went back to green and Merrill immediately took back third position, and raced with the leaders for a shot at the top step of the podium. In the end, Merrill finished third, earning his third podium for Big Diehl Racing this season.

“It was a very dramatic race, with a lot of pushing and shoving, but we fought through it,” said Merrill. “I’m happy to be back on the box with the car, getting better every time. The team did an excellent job, and we’re looking good for Virginia.”

Notably, despite missing four races in the 2019 Championship, Merrill and Big Diehl Racing sit seventh in the TA2 driver standings in a field of over 50 competitors. Three races remain in the 2018 season, with the next round of the Trans Am Championship Presented by Pirelli taking place in Alton, Virginia, September 20-22 at Virginia International Raceway. For more information, visit gotransam.com.