There are many pieces that go into the puzzle of being a race car driver. Our job is so much more than trying to drive a car fast. One of the biggest pieces of that puzzle is our interaction with the fans. In the current modern era of racing, especially sports car racing, it becomes more and more important. What has made this era so special is the relatively new means to give fans complete access to the teams, drivers and cars, and not limited to when we’re at the race track. We now have capabilities to let fans inside via blogs, Facebook, twitter, Instagram, vine and through so many more outlets. Through all that, we can make our fans feel more a part of the action, and that makes sports car racing even bigger.

What makes sports car racing so great is the accessibility. It’s the best show and has the best fans of any sport. Very few sports let the fans come up and be so close to and so interactive with the action. Can you imagine in basketball, hockey or baseball if all fans had an open invite to hang out on the court/rink/field with all of the players for an hour before the game like our pre-race grid? Consider the paddock, the garage tours, access at tracks 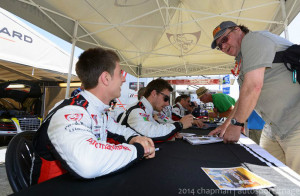 like Sebring, autograph sessions and so much more. It’s an unbelievable about of access, and we love it. Not only are our fans lucky, but we’re lucky to have them. We have a great core group of fans who are highly educated and understand the complicated levels of our sport. They also understand that the track is our work place, and that certain times are okay and not okay to interact with us. Once I’ve got my helmet on, and even before that, it’s not the time to mingle. I’ll definitely smile, wave and sign autographs, but I’m also mentally preparing myself for the task ahead. That’s why autograph sessions right before a race can be tough on us drivers. We want to interact with the fans and enjoy the autograph session, but if it’s immediately followed by an on track session, we’re already slightly distracted. Thankfully that’s rare, and when it’s the right time, we love talking with fans and hearing their stories, why they’re there, how long they’ve been coming and why they love sports cars. They’re so knowledgeable about the sport and it’s so great to be able to share that passion with them. It’s by far one of my favorite things about the sport.

Each day, there are new social media programs and apps coming out that we try to learn. I was at the age where you couldn’t get a Facebook page until you were attending a University. I remember being a senior in High School and excited to get The Facebook (No, I didn’t mistype, that’s what it used to be called). Back then, I didn’t vision it having the capabilities to connect me with fans. In karting, you don’t really have fans, other than your parents. Since then, I’ve seen the evolution of how I’ve handled my own media. Two years ago, it was predominately Facebook. Last year, it was twitter, and this year, I’m way more into connecting with my fans via YouTube. Soon, something else will come up that we can all look into and try to figure out. The whole technological world is looking for ways to connect people. The sporting world has leveraged this into promoting athletes through the web and social media. I have no doubt a new medium of technology will come out soon, and we’ll be switching our focus to the newest and greatest thing. 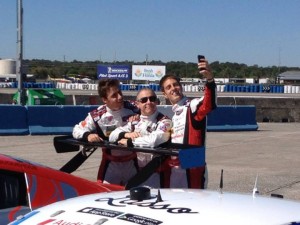 For fans who have been so passionate for so long, it can be difficult to come up with things on a continual basis that we think others would find interesting, because to us, it seems so mundane. If an employee of a fortune 500 company sits behind his desk every day, he gets so bored of his daily routine and it becomes ordinary. But for a kid who wants to be a stock broker, that man’s job looks amazing and so exciting. And it’s the same thing in racing. We always have to think back to that and find something others would find interesting. I see a smelly driver’s locker full of sweaty Nomex as something completely ordinary, but I’ve learned that race fans like dirty Nomex underwear. Maybe not so much the smell, though. I also rely on advice from my public relations representative, Kelly. She gets the vantage point of both sides, as do my friends, so feedback from them is really important. My girlfriend has loved cars her whole life and wants to be an engineer, but she is somewhat new to the racing world. Just by bringing her to the track, I see all kinds of things in a different light because to her, they’re new and interesting. So I take all those interactions with the people around me, and use it as inspiration for tweets, photos or videos for my fans.

The ability to be heard as a professional and build our brand brings exposure through a whole new medium than those before us in the sport had, and that’s a positive you can’t even measure. Just as there are so many advantages to all this technology, it brings downsides too. With great power comes great responsibility, and as athletes, we have to be really careful about what we post. There are times where I’ll log onto social media to say something, read it and think, “Okay, maybe that’s not a good idea…” and then go back and delete it. As a public figure, you have to find where that line is and how far to take things. We see all these news shows talking about dumb tweets from other pro athletes, and we have to try to learn from each other. When you’re representing multimillion dollar companies, you have to think about absolutely everything you post and how it makes them look. 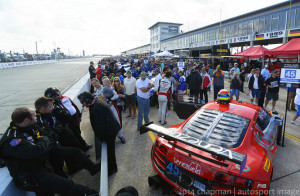 There are so many opinions in our sport. Even from the professionals, there’s a variety of opinions. Sometimes I just want to jump on and tell them they’re all wrong, but we all know how well that goes. Occasionally, I like having good debates. Not a “You’re wrong!” “No you’re wrong!” scenario, but an actual healthy debate where you’re respectfully discussing different points. That’s something the fans can tune into. I don’t have time for arguments and I try to stay away from that kind of drama. I’m not a big fan of getting involved for the sake of trying to prove people wrong. I have no time for that in my life and it accomplishes nothing.

There’s also the issue of confidentiality in our sport, which is very important for race teams. Even though we want our fans to see everything, there’s still a lot of information we can’t allow other teams to see. Anytime I post something, I’m always thinking about the politics and possible ripple effect of that post. We never really escape the light of the bloggers, reporters and even fans. We now have interactions where we can see exactly what everyone is thinking. Each day, we get a lot of positivity and negativity, and it’s something we have to be able to manage and keep up with. It’s a new challenge that athletes before us didn’t have to deal with on a day to day basis like we do now.

Sometimes, because of that negativity or certain reactions, I feel less secure, or less willing to post something on social media. I have a private Facebook page that I’ve stopped using because of that issue. Don’t get me wrong, I love being able to interact with fans and getting to know them, but I’ve heard of and personally dealt with instances that remind us that we have to be careful on what kind of information we release and how close we let the public get. You have to train yourself to not allow the possibility for people to get close and take advantage of it. There’s a boundary between your personal life and your public life. 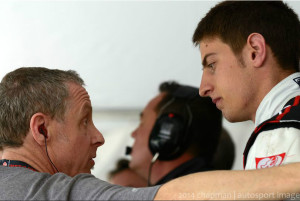 There was one instance that really stands out to me and I still have a good laugh about. At the track, us drivers are used to all kinds of reporters and bloggers approaching us in person, asking for interviews. Once, a guy asked me for an interview, so I gave him my phone number, and didn’t really think anything about it. He called me five or six times in the 48 hours that followed. He just kept calling, and I couldn’t even ask him to stop without getting yelled at. He didn’t even have his own phone, so I couldn’t even block his number, if it had to come to that. He finally sent me an email, asking to talk about the previous race, so we linked up again to conduct the interview. The race was never even brought up in the interview and instead turned into why I should transfer to another university and how he could help me apply, as well as wanting to join up and play golf together. That conversation and the messages that followed left me pretty speechless. Needless to say, I’m even more careful now about to whom I give my number to at the race track.

All it takes is one small interaction to change how the public sees us drivers, as people. After a driver makes a dumb move on track, it’s tough to see the fan reaction towards that individual as a person. Thankfully, social media allows us to have some control of the image we give to the public, and the way we build a relationship with the public. When I was young, I didn’t have the capabilities to connect to my heroes and have them respond right away. I had to have the luck of meeting them in person, then getting to know them before asking them a bunch of questions. However now, you can interact with them on social media and build relationships at an earlier age. I get young kids all the time asking me how to become a driver. Now, at a younger age, these kids are getting that knowledge earlier in their lives and can maybe get that much closer to achieving their dreams. 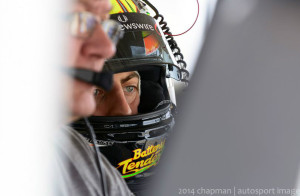 I recently did a blog on motorsport.com about the power fans have on social media and the effect the can have as well, not just us athletes. Whether or not someone is responding to your posts, someone is there reading every tweet, post and comment. When you write about the series or the sport, you may not feel like you’re being listened to, but I guarantee someone sees them. Whether you’re a driver, TV reporter, broadcaster, journalist or fan, it’s important that we all send the right message for new fans to join us. We all want a better overall package worthy of prime time TV, and if we want our series to grow. Nothing is perfect, but it’s up to all of us to use social media to interact with each other in a way that represents our partners, sponsors, series, and fans in the best light. Us drivers, teams or series officials may not always respond to your messages, and there may be posts you think we’ll never see, but we do. We love building relationships with our fans, and if it weren’t for you, we wouldn’t be here. From all of us, thanks for the support!